Testimony of Pilot: The Little Things

No matter what they might tell you, people do not enter into aviation by chance.  Some may leave, but those that stay have dreamed and they come to comprehend the gift that came out of the dream. Boris

The purpose of the Testimony of Pilot series  is to provide an anthology of stories of aviation,  particularly those often referred to as TINS (“this is no shit” ) – a term of endearment for true events or at least those with only minor aviator-can’t-help-it embellishment as contrasted with fairy tales and “once upon a time.” The focus mostly is on finding good stories from aviators in their own words with a major consideration of preventing some really good TINS from being lost within the vastness of Google or lost forever through the passage of time.

This piece is from a current naval aviator and squadron commanding officer flying EA-18G Growlers from USS Dwight D. Eisenhower (CVN -69). His extraordinary insight is in perfect alignment with testimony and I’m honored to have his permission to re-post from his own site on Medium. 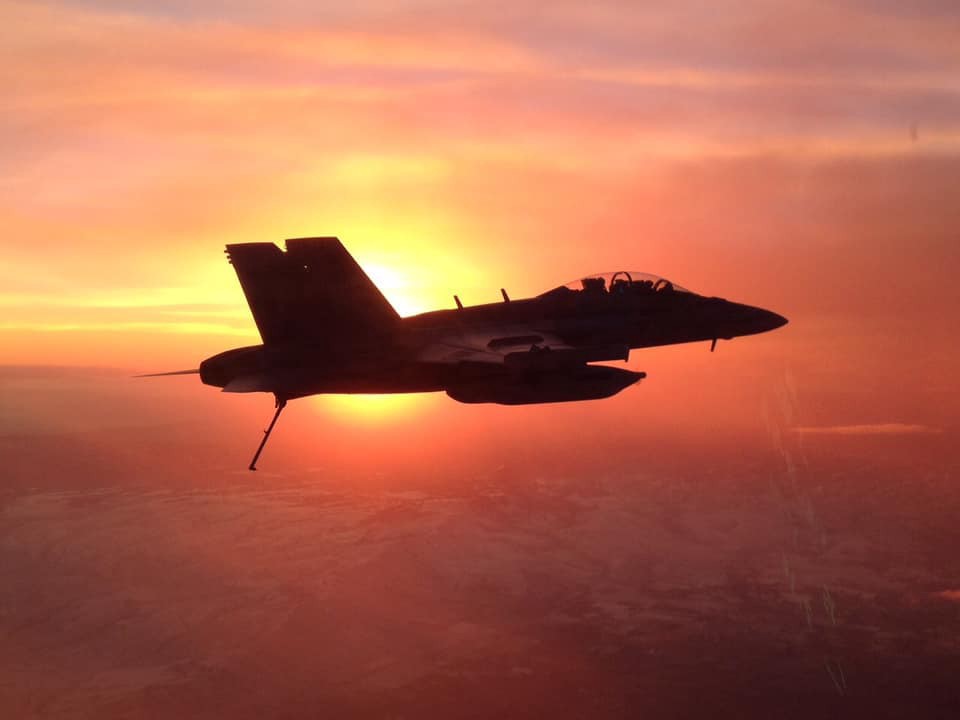 I’ve been away from home for a little bit now — on a ship at sea. It hasn’t been that long, quite short really, we’re just at the beginning of this deployment. Friends on another ship recently returned home after 10 months away, and depending on how you measure, that was a new record for an aircraft carrier — and not the kind of record anyone is anxious to beat. What lies ahead for us on this deployment is uncertain, and depending on who you ask around here you’re likely to hear some wildly entertaining rumors. What is fact though is that our ultimate destination(s) are currently as unknowable as our return date. That can be hard to deal with, especially for our younger teammates who are doing this deployment thing for the first time.

In the midst of that uncertainty and the emotional roller coaster that is guaranteed to accompany it, it’s important to look around and find little pleasures in the day. Maybe it’s the fact that we can mark one more Taco Tuesday off the calendar. Maybe it’s hot water after a week of cold showers. Maybe it’s getting off shift in time to see your favorite team play, or your favorite movie on ship’s TV. The aviators are fortunate enough to have an entirely different venue to go looking for simple pleasures — flight. 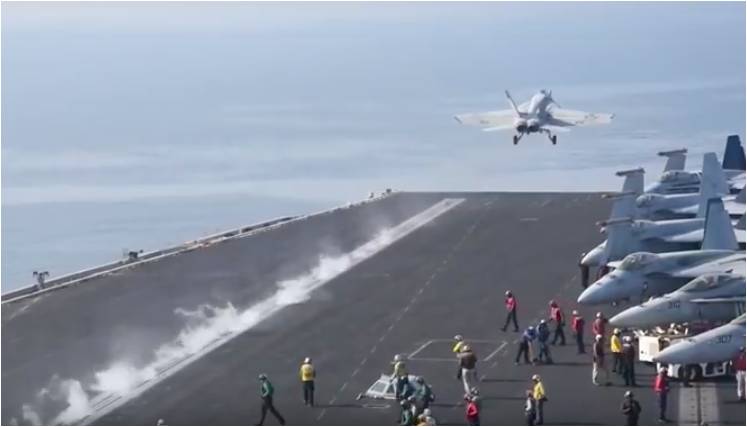 The hour or two we get off the ship almost every day is, in a word, therapeutic. Of course it involves significant planning, study, briefing, and focused execution — but with that work complete we’re provided an opportunity to see and experience things that most can only dream of. And, when viewed through the right lens, those opportunities can help reframe how we view all the other “stuff” going on around us.

Yesterday I had the good fortune to get scheduled for a day launch and early evening landing. The catapult shot off the front of a carrier is a rush — yesterday was no different. I flew with one of our newest backseaters so we spent most of the flight working through a lot of the basics with me doing a lot of showing and teaching. When it came time to land back aboard the ship, the sun had slipped low on the horizon and a fairly solid overcast layer had formed around nine-thousand feet. It was still quite bright on top of the clouds, but darkening underneath. As I worked my holding pattern to begin the approach to landing from exactly the right spot in space and time I noticed the brilliant glow ahead. The ship was steaming almost due west for the recovery and the view we’d have for the next few minutes was going to be something. 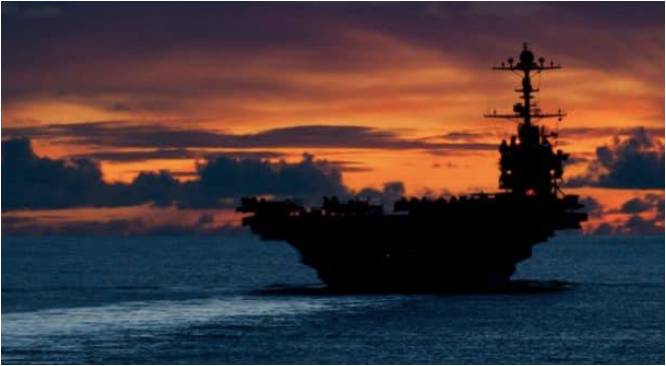 We began our approach to the ship and I was talking to my new backseater, explaining what I was looking at, where we were going, and what was coming next, but as we flew further and further on the approach I began to speak less. I still accomplished all the important cockpit tasks, but my attention became split between what was required of me as a pilot, and what lay ahead — the most beautiful sunset I’d ever seen. It was the kind of sunset that causes Florida Gator or Denver Bronco fans to proclaim that God must be one of them — the blur of orange and blue into black was breathtaking.

“503, on and on, three quarters of a mile, call the ball.” Back to that pilot stuff. Some flicks of my wrist to make small but precise control inputs, a blur of lights, and then the familiar yet satisfying collision of an arrested landing. Thrown forward in my harness, with my engines still at full power I stole another glance forward to the horizon and couldn’t believe that, somehow, the show had gotten even better during the twenty seconds I’d been preoccupied with cheating death. Some flashing light wands from my peripheral vision refocused me to where I was; throttle back, tailhook up, fold the wings, and follow the signals to taxi out of the landing area. Another quick glance west — gorgeous.

For those who’ve not experienced a so-called “night bow dance,” it’s not a desirable experience, in fact, it just sucks. A bow dance is when, after landing, you’re taxied up forward on the flight deck (usually way too close to the edge), and then turned around very near the forward edge of the flight deck. 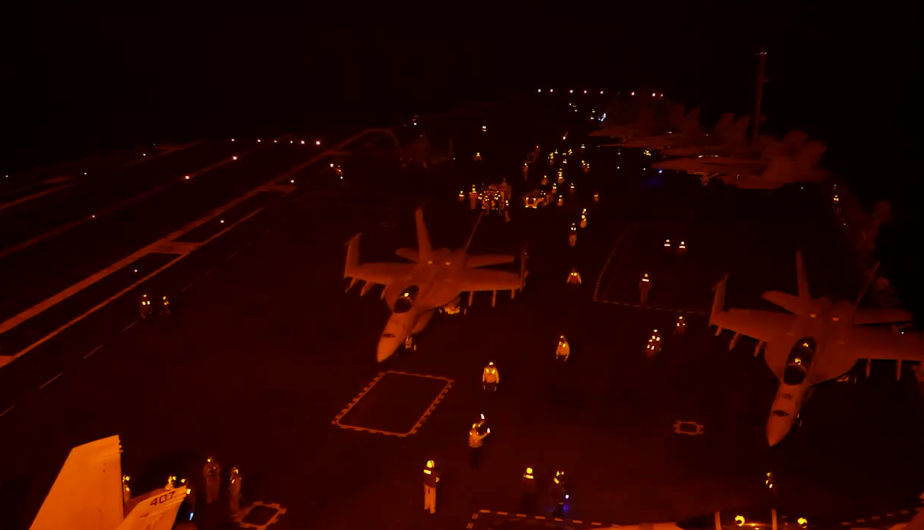 Because the pilot’s cockpit is situated forward of the nosewheel, it’s not uncommon to look down and see water instead of steel. It’s nerve racking. I quickly worked through an all too familiar bargain where I promised God I’d go to church more and swear less if He kept us safe.

Taxi slowly. Turn deliberately. Don’t look over the edge. A few more turns and a little more taxiing, and finally parked. I set the brake and waited for more deck personnel to chain my jet securely to the flight deck. While I sat there waiting for that to be done I took another look to the west. She was done. The show was over, and it was now dark — really dark. I shut down the engines, opened the canopy, climbed out and shook hands with all the teammates there waiting to refuel and fix any small “gripes” I had with the jet.

I wondered if they’d seen the same thing I had. I wondered if it stopped them mid-sentence as it did me. I hoped so. I hoped it was a show we all had tickets to — even if my seat was maybe just a little better.

Walking back across the flight deck I got lost in thought: was that truly the most beautiful sunset I’d ever seen? I’ve flown over the Pacific, the Atlantic, the Caribbean, the Mediterranean, the Gulf of Mexico, the Gulf of Alaska, the Persian Gulf, the Sea of Japan and untold number of other places around the world. Surely She’d shown me something of equal splendor?

Back downstairs taking off my gear and filling out the post-flight paperwork it occurred to me — it didn’t matter if this was the most beautiful sunset I’d ever seen. What mattered was that it was incredible in that moment, and I got to experience it. It was the not-so-little little thing that made my Monday. There wont ever be another sunset like it. I’ll never be in that moment, at that altitude, on that heading, with those clouds, at that latitude ever again — and that has a weird finality to it. But tomorrow it will be something else. There’s no telling what “it” will be, but there will be something else amazing, or unbelievable, or ridiculous — I just have to be open to seeing it. And, I believe that applies broadly, whether you’re deployed on a ship at sea, or sitting in traffic during your commute home from the office. Look for the little things. Look for the simple little pleasures that make this thing called life so beautiful. 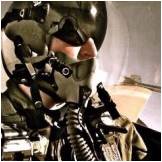 This entry was posted in Testimony of Pilot -Series, The Gift of Wings. Bookmark the permalink.