Of all activities studied by our research group, flight operations at sea is the closest to the “edge of the envelope”—operating under the most extreme conditions in the least stable environment, and with the greatest tension between preserving safety and reliability and attaining maximum operational efficiency. 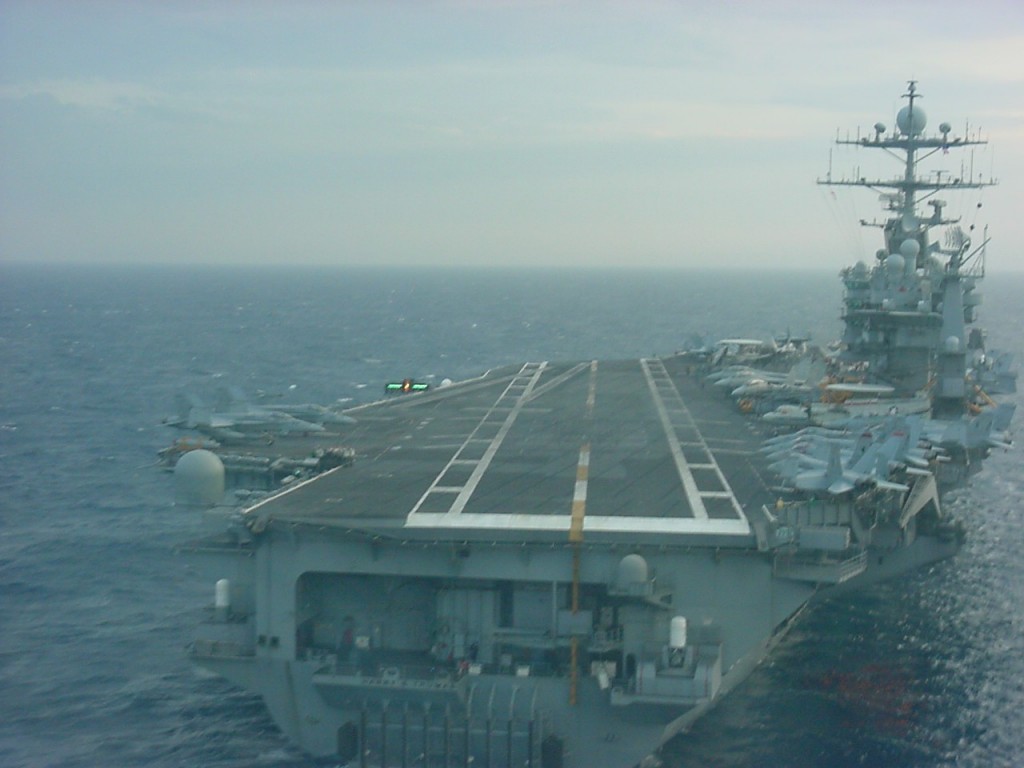 For legitimacy, any story telling based on flying that uses Naval Aviation as a starting and major focal point most certainly must tell the stories of the carrier and her crews.  The observation from the academic investifators out of the University of California, Berkeley are pont on and telling. Whether in war or during “routine” carrier training operations, the environment is always only seconds, or small errors  from major crisis.  For carrier-routine operations  to be maintained, the highest level of performance must be just that – the routine, at multiple levels, from senior aviators with thousands of hours flying in the CV environment down to teenagers not long out of high school. Visitors are always amazed at what they see.  One critical element is that learning at every level must be continuous.

In 1985, to better learn how to create a safer and continually reliable working environment, Thomas A. Mercer, Captain of the USS Carl Vinson, brought in Karlene Roberts, PhD, a professor from the Haas School of Business, University of California, Berkeley.  Capt. Mercer and Dr. Roberts focused on the rare event as an audit for success, given that the rare, unexpected event is the one that can destroy people, planes, and ships. An approach then resulted  out of codification of the observance and analysis of performance of the air operations on the carrier which was then used to evaluate impending bank failures. This crossover speaks to the utility of using human performance and social interactions for the unexpected problems found in uncertain environments.

This study was presented in the Naval War College Review in 1987.  For me, by far it is one of the best “stories of the carrier” to date. Remembered Sky offers major excerpts of that article here in three parts as part of a page focused on the aircraft carrier environment. Pictures were added for emphasis on the operational environment.

This page and attached sub-pages is intended as central library point for further  discussion of stories of flying and the aircraft carrier environment. The carrier as a high reliability organization should become apparent throughout the month of October as Rembered Sky recounts the story “Bad Night for Scholboy” on it’s 40th anniversary.

Please read further as Part 1 begins the story of carrier operations as self designing, highly reliant, and resilient organizations under daily high stress situations. Expect other sub-page  and main website CV stories in the future from Remembered Sky.