Today’s aircraft carrier flight operations are as much a product of their history and continuity of operation as of their design. The complexity of operations aboard a large, modern carrier flying the latest aircraft is so great that no one, on or off the ship, can know the content and sequence of every task needed to make sure the aircraft fly safely, reliably, and on schedule. As with many organizations of similar size and complexity, tasks are broken down internally into smaller and more homogeneous units as well as task-oriented work groups… 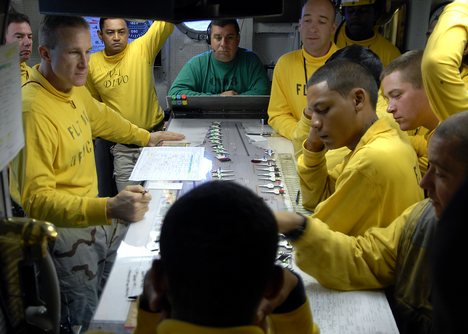 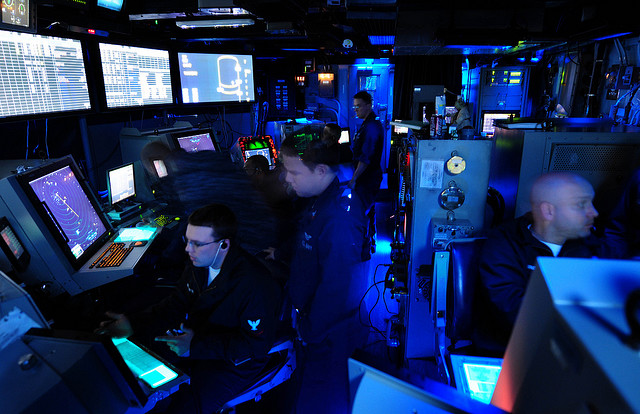 In order to keep this network alive and coordinated, it must be kept connected and integrated horizontally (e.g., across squadrons), vertically (from maintenance and fuel up through operations), and across command structures (battle group—ship—air wing).

As in all large organizations, the responsible officer or chief petty officer has to know what to do in each case, how to get it done, whom to report to and why, and how to coordinate with all units that he depends upon or that depend upon him. This is complicated in the Navy case by the requirement for many personnel, particularly the more senior officers, to interact on a regular basis with those from several separate organizational hierarchies. Each has several different roles to play depending upon which of the structures is in effect at any given time.

Furthermore, these organizational structures also shift in time to adapt to varying circumstances. The evolution of the separate units (e.g., ship, air wing, command structures) and their integration during workup into a fully coordinated operational team, for example, have few, if any, applicable counterparts in civilian organizations.

There is also no civilian counterpart for the requirement to adapt to rapid shifts in role and authority in response to changing tactical circumstances during deployment.

No armchair designer, even one with extensive carrier service, could sit down and lay out all the relationships and interdependencies, let alone the criticality and time sequence of all the individual tasks. Both tasks and coordination have evolved through the incremental accumulation of experience to the point where there probably is no single person in the Navy who is familiar with them all. …

For a variety of reasons, no two aircraft carriers, even of the same class, are quite alike. ..What is more, even the same formal assignment will vary according to time and place. Carriers differ; missions differ; requirements differ from Atlantic to Pacific, and from fleet to fleet; ships have different histories and traditions, and different equipment; and commanding officers and admirals retain the discretion to run their ships and groups in different ways and to emphasize different aspects. Increased standardization of carriers, aircraft loadings, missions, tasks, and organizational structure would be difficult to obtain, and perhaps not even wise.  There is a great deal to learn in the Navy, and much of it is only available on the spot.

Shore-based school training for officers and crew provides only basic instruction.  It includes a great deal about what needs to be done and the formal rules for doing it. Yet it only provides generalized guidelines and a standardized framework to smooth the transition to the real job of performing the same tasks on board as part of a complex system. NATOPS and other written guidelines represent the book of historical errors. They provide boundaries to prevent certain actions known to have adverse outcomes, but little guidance as to how to promote optimal ones. 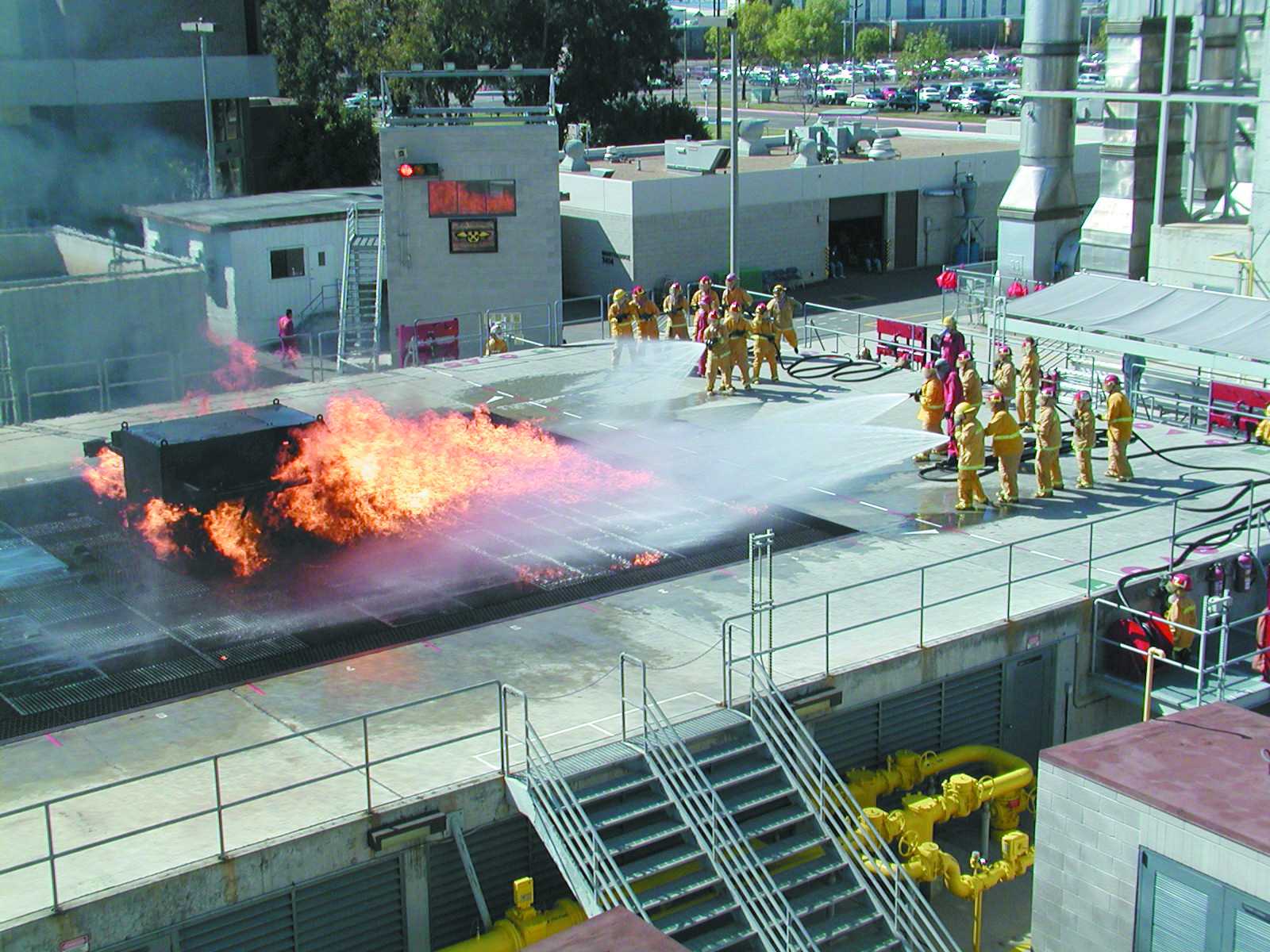 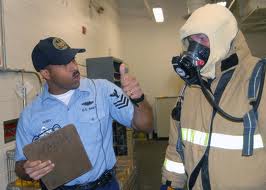 Operations manuals are full of details of specific tasks at the micro level but rarely discuss integration into the whole. There are other written rules and procedures, from training manuals through standard operating procedures (SOPs), that describe and standardize the process of integration. None of them explain how to make the whole system operate smoothly, let alone at the level of performance that we have observed.  It is in the real-world environment of workups and deployment, through the continual training and retraining of officers and crew, that the information needed for safe and efficient operation is developed, transmitted, and maintained. Without that continuity, and without sufficient operational time at sea, both effectiveness and safety would suffer.

Moreover, the organization is not stable over time. Every forty months or so there is an almost 100 percent turnover of crew, and all of the officers will have rotated through and gone on to other duty. Yet the ship remains functional at a high level. …

Behavioral and cultural norms, SOPs, and regulations are necessary, but they are far from sufficient to preserve operational structure and the character of the service. Our research team noted three mechanisms that act to maintain and transmit operational factors in the face of rapid turnover.

First, and in some ways most important, is the pool of chief petty officers, many of whom have long service in their specialty and circulate around similar ships in the fleet. Second, many of the officers and some of the crew will have at some time served on other carriers, albeit in other jobs, and bring to the ship some of the shared experience of the entire force. Third, the process of continual rotation and replacement, even while on deployment, maintains a continuity that is broken only during a major refit. These mechanisms are realized by an uninterrupted process of on-board training and retraining that makes the ship one huge, continuing school for its officers and men.

The Paradox of High Turnover

“As soon as you learn 90% of your job, it’s time to move on. That’s the Navy way.” Junior officer

Because of the high turnover rate, a U.S. aircraft carrier will begin its workup with a large percentage of new hands in the crew, and with a high proportion of officers new to the ship. The U.S. Navy’s tradition of training generalist officers (which distinguishes it from the other military services) assures that many of them will also be new to their specific jobs. Furthermore, tours of duty are not coordinated with ship sailing schedules; hence, the continual replacement of experienced with “green” personnel, in critical as well as routine jobs, continues even during periods of actual deployment.

Continual rotation creates the potential for confusion and uncertainty, even in relatively standardized military organizations. …

It takes time and effort to turn a collection of men, even men with the common training and common background of a tightly knit peacetime military service, into a smoothly functioning operations and management team. SOPs and other formal rules help, but the organization must learn to function with minimal dependence upon team stability and personal factors… 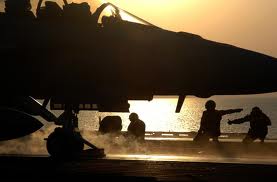 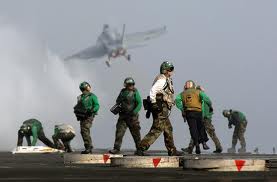 Yet we credit this practice with contributing greatly to the effectiveness of naval organizations. There are two general reasons for this paradox.

First, the efforts that must be made to ease the resulting strain on the organization seem to have positive effects that go beyond the problem they directly address.

Second, officers must develop authority and command respect from those senior enlisted specialists upon whom they depend and from whom they must learn the specifics of task performance.

The Navy’s training cycle is perforce dictated by the schedule of its ships, not of its personnel. Because of high social costs of long sea-duty tours, the Navy has long had to deal with such continual turnover—it attempts as best it can to mitigate the negative effects. Most important is the institutionalization of continual, cyclic training as part of organizational and individual expectations. This is designed to bring new people “up to speed” with the current phase of the operational cycle, thus stabilizing the environment just before and during deployment; however, this is accomplished at the cost of pushing the turbulence down into individual units. Although the deployment cycle clearly distinguishes periods of “training” from those of “operations,” it is a measure of competence and emphasis, not of procedural substance that applies primarily to the ship as a unit, not its men as individuals.

The result is a relatively open system that exploits the process of training and retraining as a means for socialization and acculturation. At any given moment, all but the most junior of the officers and crew are acting as teacher as well as trainee. …

As a result, the ship appears to us as one gigantic school, not in the sense of rote learning, but in the positive sense of a genuine search for acquisition and improvement of skills. One of the great enemies of high reliability is the usual “civilian” combination of stability, routinization, and lack of challenge and variety that predispose an organization to relax vigilance and sink into a dangerous complacency that can lead to carelessness and error. 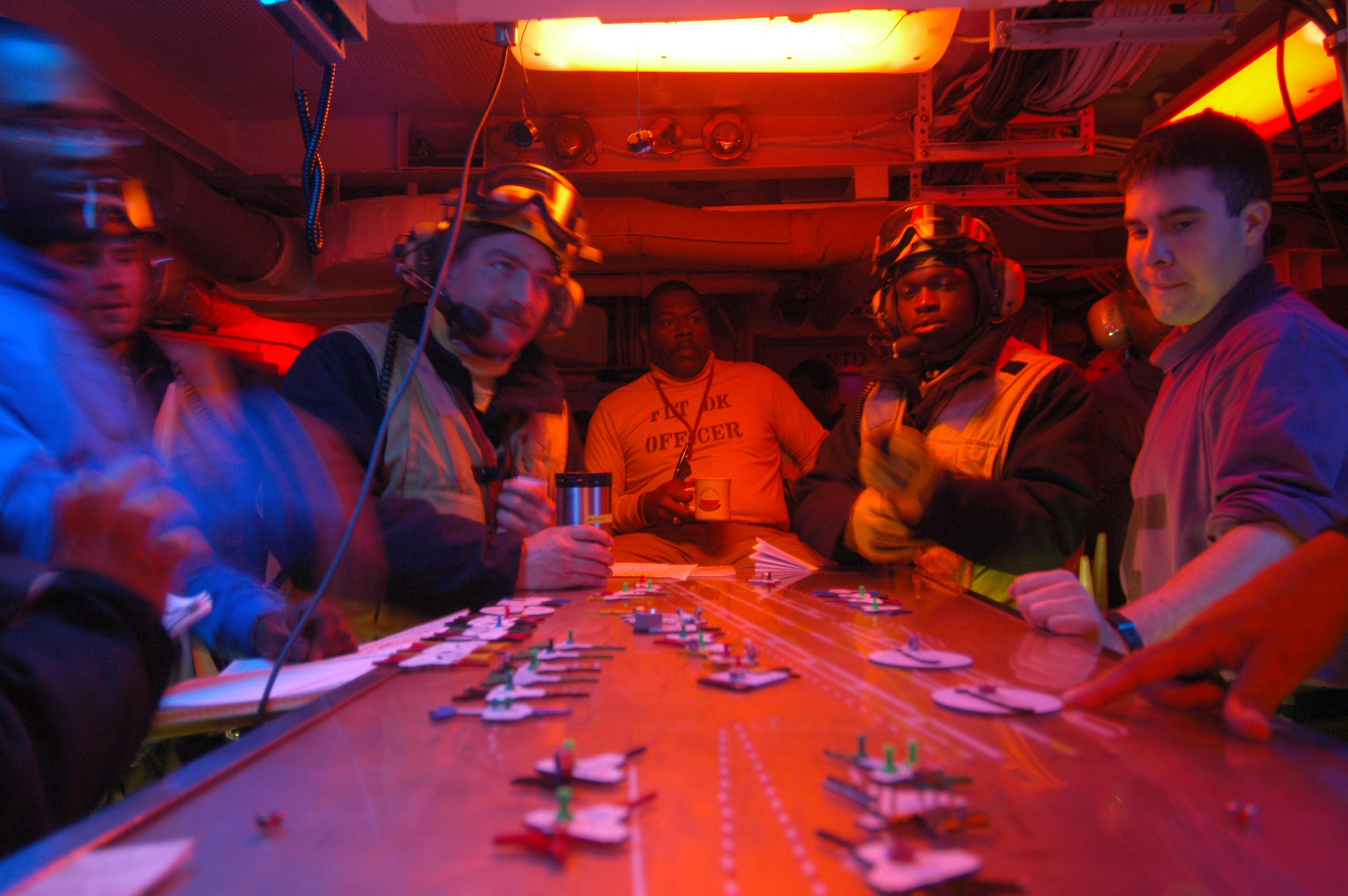 The shipboard environment on a carrier is never that stable. Traditional ways of doing things are both accepted and constantly challenged. Young officers rotate in with new ideas and approaches; old chiefs remain aboard to argue for tradition and experience. The resulting dynamic can be the source of some confusion and uncertainty at times, but at its best leads to a constant scrutiny and re-scrutiny of every detail, even for SOPs.

In general, the Navy has managed to change the rapid personnel turnover to an advantage through a number of mechanisms that have evolved by trial and error. SOPs and procedures, for example, are often unusually robust, which in turn contributes another increment to reliability. The continual movement of people rapidly diffuses organizational and technical innovation as well as “lessons learned,” often in the form of “sea stories,” throughout the organization. Technical innovation is eagerly sought where it will clearly increase both reliability and effectiveness, yet resisted when suggested purely for its own sake. …