1942- The Year of the Aircraft Carrier; Part 22 – Guadalcanal – Enterprise, Cactus and the Naval Battle of Guadalcanal, (2) 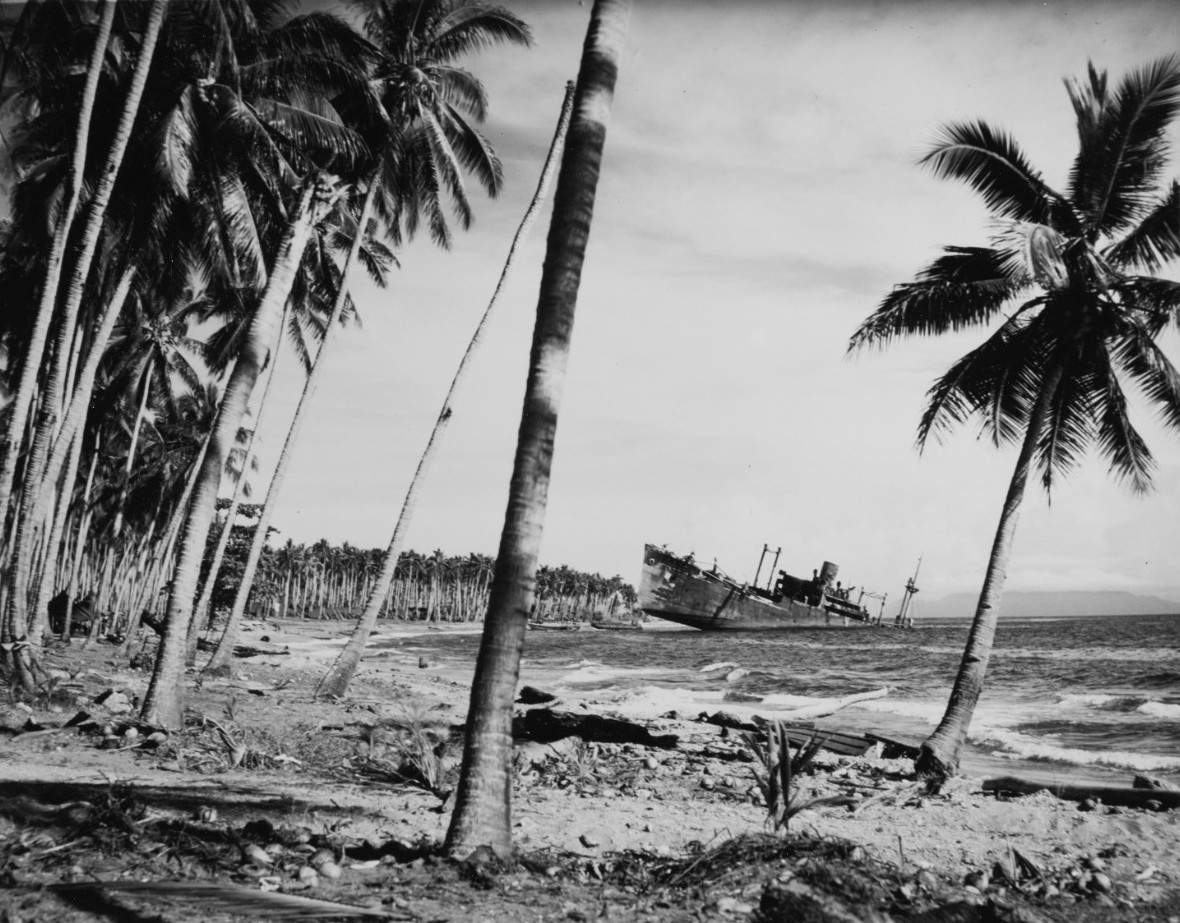 Japanese cargo ship Kinugawa Maru  beached on the Guadalcanal shore.  She had been sunk by U.S. aircraft on 15 November 1942 while attempting to deliver men and supplies to Japanese forces holding the northern part of the island. Savo Island can be seen is in the distance.

The provision of daytime airpower  by 1) the Cactus Air Force, 2) Air Group 10 (both from Enterprise and in augmenting the Cactus Air Force from Henderson Field), and  3) the 11th Bombardment Group from Espiritu Santo by Navy, Marine and Army Air Corps aircrews was a significant but only partially  recognized element of the U.S. victory in the Naval Battle of Guadalcanal.

Enterprise operated in the rear well within land-based air support and waited for the enemy to come calling. “The Big E” launched her strikes, shuttled the planes to a land base, then pulled out in timely fashion before absorbing a counterattack. According to Kinkaid, “This time the air group on the carrier was utilized more effectively than ever before.” He held the November operation as a model for the use of carriers in the constricted waters of the Solomons, where the enemy enjoyed an extensive air search network. Halsey concurred.

The record shows that the contribution of the Enterprise and Air Group Ten was decisive to the aerial victory and second only to two night surface battles that prevented battleship bombardments of CACTUS. Her thirty-one dive bombers, nine torpedo planes, and twenty fighters more than doubled the offensive power of the 1st MAW, and the results were commensurate with their strength. Air Group Ten finished off the Hiei and the Kinugasa and sank or crippled at least four of the transports on the 14th. Indeed, just the presence of the lone carrier caused the Japanese great consternation and froze much of Base Air Force’s bomber strength, held in reserve until she could be located and attacked. The fear of a nearby carrier compelled Kondo to withdraw early on the 15th and led to the order to Tanaka to beach his transports. SoPac could scarcely have won the battle without the CACTUS and  Enterprise  aviators.

Given the huge pace of the day’s operations there was probably not the realization either at Enterprise or CACTUS  that they were on the brink of total victory. Analyzing fragmentary reports from back at Pearl Harbor, Nimitz correctly assessed the significance of 13 and 14 November:

“As the day ends it seems most probable that while we have suffered severe losses in ships and personnel, our gallant shipmates have again thwarted the enemy. If so, this may well be the decisive battle of this campaign.”

Despite an embarrassing U.S. sea battle loss in the Battle of Tassafaronga on November 30th, unable to reinforce or adequately supply Guadalcanal, the Japanese Navy recommended that it be abandoned on December 12, 1942.
The Naval Battle of Guadalcanal was thus the last major attempt by the Japanese to seize control of the seas around Guadalcanal or to retake the island. In contrast, the U.S. Navy was thereafter able to resupply the U.S. forces at Guadalcanal at will, including the delivery of two fresh Army divisions by late December 1942. The inability to neutralize Henderson Field doomed the Japanese effort to successfully combat the Allied conquest of Guadalcanal.

In October the Japanese had noted “it must be said that the success or failure in recapturing Guadalcanal Island, and the vital naval battle related to it, is the fork in road which leads to victory for them or for us.”

That said, it would appear Yamamoto never envisioned this operation as that decisive battle to wrest control of Guadalcanal from the Americans. Instead it was to be another reinforcement operation, a super “Tokyo Express,” to set the stage for the eventual grand offensive in December. Combined Fleet neither expected nor was prepared to commit the last ship or plane to see this operation to completion. (Lundstrom)

By contrast, Halsey saw no other way to fight than all out. By morning of November 15, Halsey had committed virtually every ship and plane in his command to battle and had suffered great losses. But by then the convoy was destroyed and the America grip on Guadalcanal assured. (Frank)

That fork was reached at sundown on November 12. By sunrise of November 15 it was clear which path the war was destined to follow. (Frank) 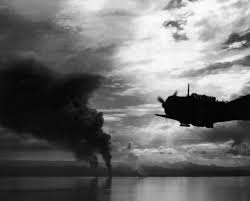 This concludes discussion of carrier operations  of the War in the Pacific in 1942. Three posts remain:

23 – Reflections on warfare by Aircraft Carrier

As a note to readers, this series has made no attempt to tell the whole stories of any of the 1942 carrier battles, intending rather to provide enough context for overall understanding and a basis for examining that first year of aircraft carrier warfare.

Since this effort is not intended for publication or for profit, no attempt has been made to footnote references, Sources for discussion of the Guadalcanal Campaign are provided below with intent to credit the research and published work of many excellent historians/authors. Readers are encouraged to explore their in-depth efforts. 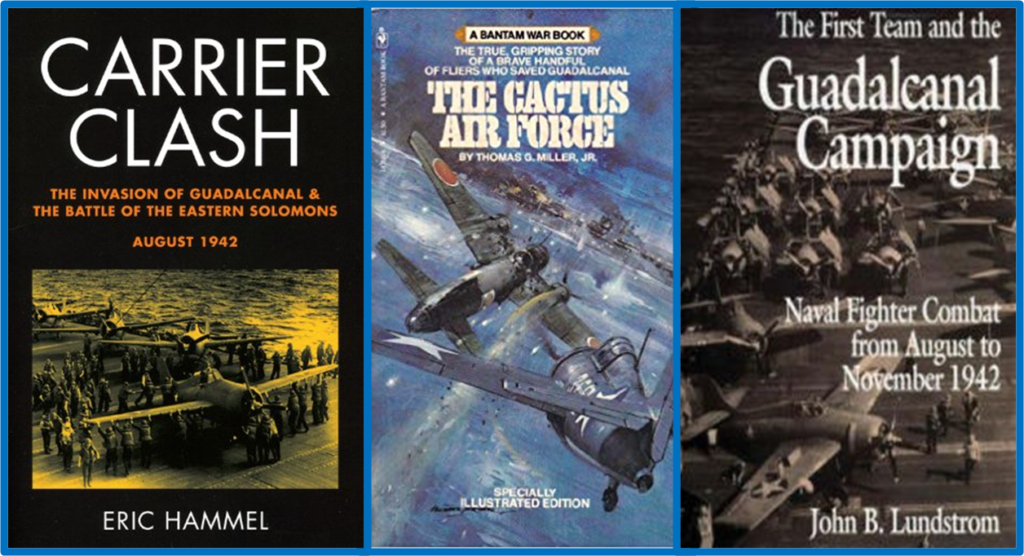 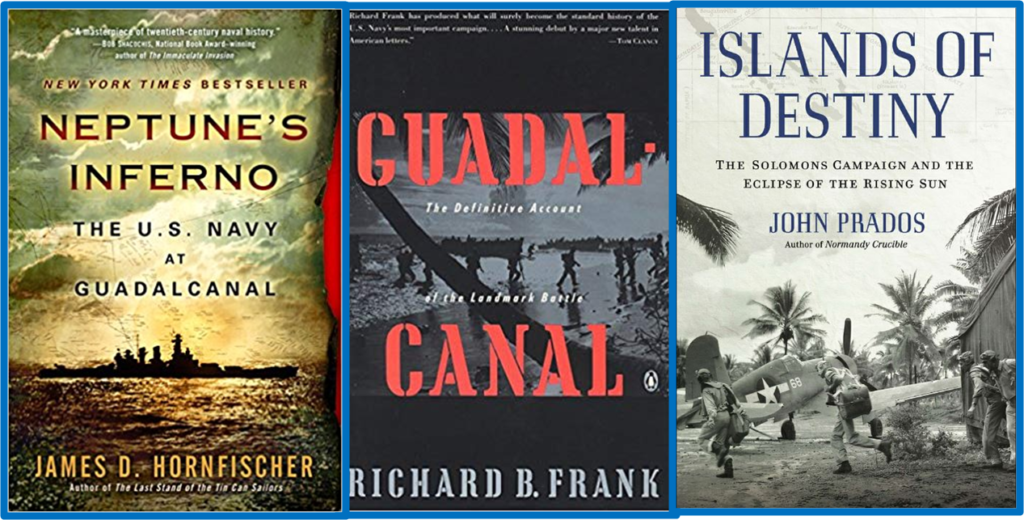 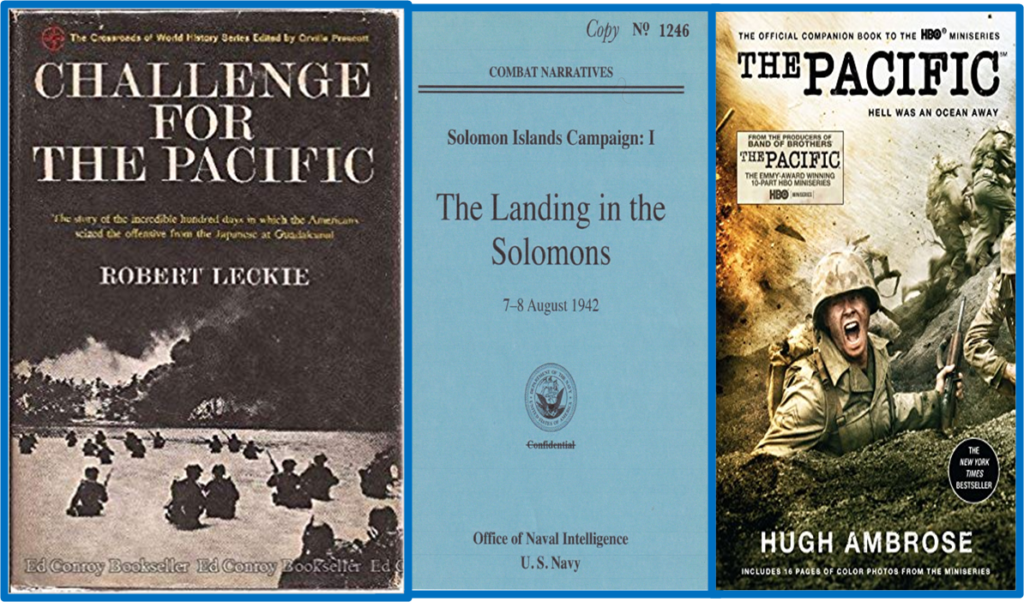