The Clash of the Carriers

During the course of the first months after the Pear Harbor attack, U.S. carriers had been conducting multiple raids on the periphery of Japanese occupied ocean areas. The raids were not executed at random, but were based on intelligence that indicated Japanese carriers would not be present to oppose the raids. The Doolittle attack on Tokyo launched from USS Hornet can be characterized as the end of that “carrier raiding” period. And indeed, both the U.S. and Japan were ready to move forward. These opposing plans gave rise to the clash of the carriers throughout the remainder of 1942. Both sides would suffer tremendous losses but in the end the Japanese irreplaceable loss of experienced combat aviators and their aircraft were the seeds of final defeat. 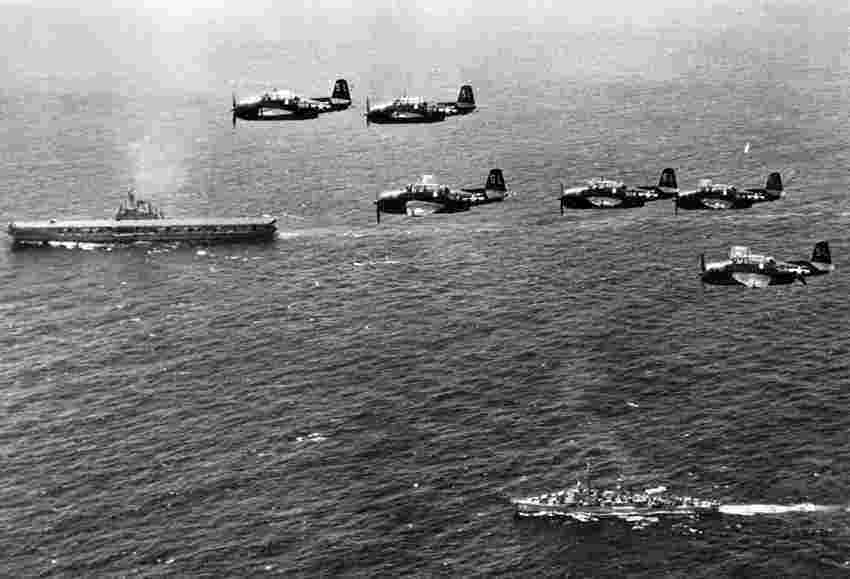 By early March 1942, with the exception of isolated U.S. forces valiantly holding out on the Bataan Peninsula and Corregidor Island in the Philippines, the Japanese had achieved all their pre-war objectives, over three months ahead of schedule.  What to do next resulted in massive infighting between the Japanese army and navy and also internal to the Navy.  The Japanese army, tied down in its endless war on the mainland of China and prudently keeping a very large force in Manchuria (after they had suffered a couple nasty defeats in clashes with Soviet forces in 1939), did not want to commit any of its 2,000,000 or so men to capturing any more islands in the Pacific, and they especially did not want any part of trying to invade Hawaii (which the army viewed, probably rightly, as a high-cost loser).

The Japanese Navy General Staff wanted to exploit their success at Pearl Harbor.  The Japanese high command were convinced that U.S. Pacific Fleet carriers had to be destroyed. A plan quickly evolved to force them into decisive combat against superior odds in Hawaiian waters. In addition, planners wanted  to cut the lines of communication to Australia, and still others wanted to capture the Aleutian Islands to prevent them from being used by long-range U.S. bombers against the mainland of Japan.  Admiral Yamamoto, the Commander-in-Chief of the Combined Fleet, believed that the primary objective at this point should be to draw out and defeat the U.S. Navy carriers.

Even before the Doolittle Raid, Yamamoto had decided that Midway Island was the place to spring a trap on the U.S. carriers, and the Doolittle Raid only hardened his resolve and enabled him to beat down army and Navy General Staff resistance.

The strike south towards Australia -the Port Moresby Operation (Operation “MO”) – was the result of a messy compromise. When all the dust settled, Yamamoto had with great reluctance approved splitting his carrier force (“Kido Butai”) and sending CARDIV 5 (Shokaku and Zuikaku) to support an amphibious assault on Port Moresby, New Guinea in early May (which the army had also very reluctantly agreed to support), with the intent that CARDIV 5 return to participate in the Midway Operation in early June.  After Port Moresby was captured, and after the U.S. carriers were defeated at Midway, and the Aleutians taken in an operation concurrent with Midway, then the Japanese Navy intended to drive across the south Pacific.  The problem was that there was no margin for error if the Port Moresby operation went bad for any reason.  Also, although the Shokaku and Zuikaku were the newest Japanese carriers, their air wings were the least experienced and Yamamoto may have felt they needed some additional practice.  Nevertheless, both carriers were very experienced, formidable and capable foes. 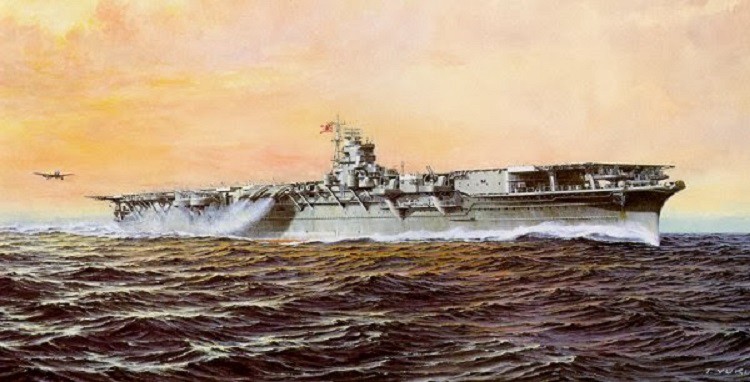 On the U.S. side, Admiral Nimitz, Commander-in-Chief of the U.S. Pacific Fleet, by early April 1942 knew from the ongoing code-breaking intelligence process that the Japanese intended to launch a major operation against Port Moresby New Guinea, which would constitute a serious threat to the northeast coast of Australia.

The U.S. carrier raids had not been executed at random, but were based on the intelligence that indicated Japanese carriers would not be present to oppose the raids. And besides a need to “do something” to attack the Japanese after Pearl Harbor, the  raids had multiple purposes;  they provided useful combat experience for U.S. forces in a relatively low-risk; and each raid generated a flurry of Japanese communications (and communications security violations) that greatly helped U.S. Naval Intelligence break even more of the Japanese naval operating code and to more accurately refine communications “traffic analysis” capability.  The end result then, Admiral Nimitz had a good idea of the Japanese plan, the forces committed, and the timing.

In early May the Japanese initiated operation MO by dispatching a convoy to land troops at Port Moresby in New Guinea, where long-range bombers could interdict sea communications with northern Australia, and extend the defensive perimeter for Japan’s major base at Rabaul, New Britain. In typically complex fashion, they deployed five naval forces. They included a covering group with the light carrier Shoho and five escorts, and Vice Admiral Takeo Takagi’s striking arm: Carrier Division Five with heavyweights Shokaku and Zuikaku screened by eight escorts. Combined Japanese air strength of the three carriers was 141.

USS Lexington as seen from the flight deck of USS Yorktown

The Japanese dispatched a small force to capture Tulagi and Gavutu Islands and established a seaplane reconnaissance base across the sound from Guadalcanal (a name which at the time meant nothing to anyone). The Americans – Task Force 11 (Lexington) and Task Force 17 (Yorktown) under overall command of Rear Admiral Frank “Jack” Fletcher  waiting for the Japanese invasion force to commence operations against Port Moresby, decided to strike Tulagi before turning to face the carrier threat.

Thus, the Japanese taking of Tulagi and the U.S. counter attack from 4 to 6 May was the introductory piece of the first of four 1942 Pacific carrier battles. The Battle of the Coral Sea is historically significant as the first action in which aircraft carriers engaged each other, as well as the first in which neither side’s ships sighted or fired directly upon the other.

For discussion of the Battle of Coral Sea see Blown Slick Series #13 Part 4.