Highest recommendation for Kevin Miller’s (CAPT. USN, Ret) newest novel Fight Fight.
I was going to do a normal “book review”/recommendation but decided to just leverage my comments to Kevin along with  his response instead. 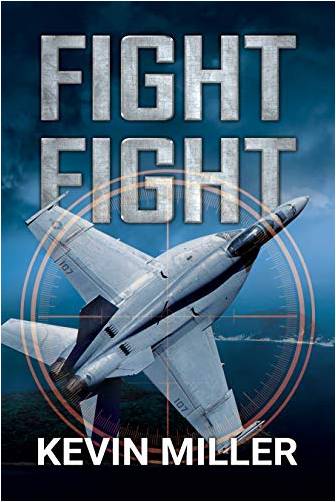 I had done a recommendation on his first book Raven One in a somewhat normal/accepted manner, but this book has some deeper levels for me than just good naval aviation fiction so wanted to add some emphasis. Some bit ago the novel Ghost Fleet on a future war scenario was highly regarded.  The books are similar in some ways, but Kevin’s book strikes home (for me anyway) in a much more personal and directly  relatable way to the overall Blown Slick Future Airpower Analysis series and the sub-series on carrier battles in 1942 around the South and Southwestern Pacific island defense chain set up by the Japanese.

Note: For the 1972 USS Midway war cruise guys of CAG – 5 and particularly the Champs of VA-56, Kevin was a JO (junior officer/nugget aviator) when our own VA-56 Champ Bob Sandy Sanderson had his A-7 command tour.  Kevin later commanded an F/A-18 squadron, and is now heavily involved with the Naval Aviation Museum in Pensacola. He is a genuine expert on the Battle of Midway, often giving talks at the Museum. He has helped me a great deal in the past with current strike fighter aviation and with my current writing on CV’s in ’42.

Fly Navy, the BEST Always Have

Once again you nailed it AND maybe even more importantly at a different context and level.

I’m writing having only read about half, but the points (which you obviously already know) stand out and with minor mods – take away the fiction aspects – should be must reads for many and particularly our Navy seniors – IMHO.

Key things that have struck home:

You’ve highlighted with fiction all the reasons I began the Blown Slick Future Airpower Analysis series and certainly the why of the 1942 CV history with Battle of Guadalcanal as a key. 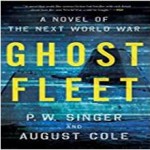 Some time ago Ghost Fleet was a highly touted think piece work of fiction on a future war. A good read BUT for me you’ve topped it. Will be doing some recommendations to the folks.  Great job.

Fly Navy, the Best Always Have

Wow, Boris, thank you very much. Before I forget, Barney Rubel was a DH [Ed Beakley] (Department Head) in VA-86 when I was with Sandy in VA-82. Later in my career Barney was my CO when I was a DH. We are still in touch, and yes, his article is thought provoking.

Glad you are finding/enjoying the historic similarities from previous conflicts, the Pacific War in particular. My goal is to entertain and inform, in that order.

Thank you for spreading the world. A growing number of retired flag influencers have found me, and comparison to Ghost Fleet is high praise. Hope you enjoy the rest.