Lexington, Saratoga, Yorktown, Enterprise, Wasp, Hornet….Only two would survive 1942, but they and their crews and their airgroups would stand in the breech and provide America and its allies the vital year it needed to bring on line the ships, aircraft and trained personnel that would crush Japanese expansion. 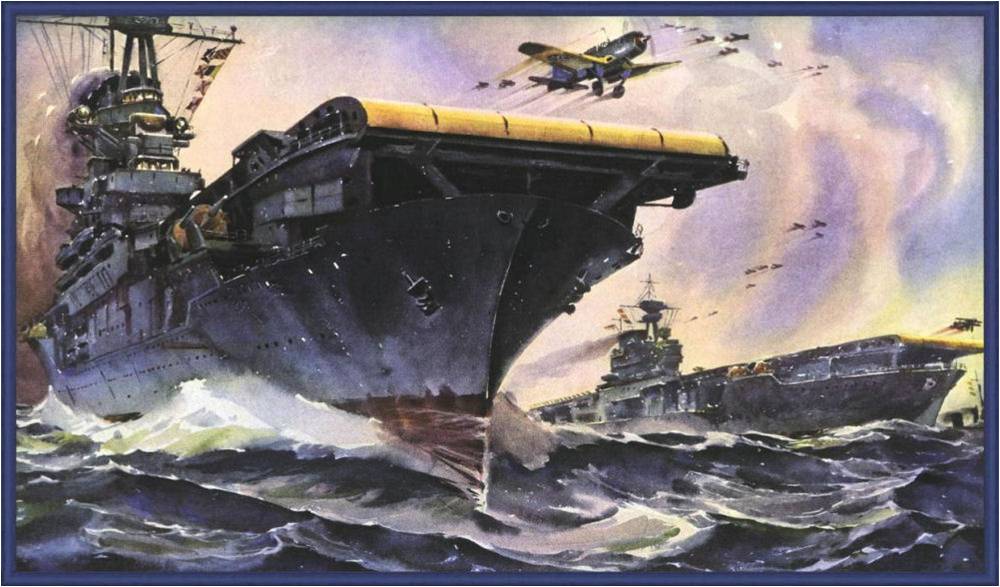 Much like Winston Churchill’s “Few” the men of those six ships along with the grunts of Guadalcanal and the squids of Iron Bottom Sound held the line.

USS Lexington (CV-2), nicknamed “Lady Lex”, was an early aircraft carrier  She was the lead ship of the Lexington class; her only sister ship, Saratoga, was commissioned a month earlier. Originally designed as a battlecruiser, she was converted into an aircraft carriers during construction to comply with the terms of the Washington Naval Treaty of 1922, which essentially terminated all new battleship and battlecruiser construction. She entered service in 1928 and was assigned to the Pacific Fleet for her entire career.

Of note, Lexington and Saratoga were used to develop and refine carrier tactics in a series of annual exercises before World War II which on more than one occasion the scenarios included successfully staged surprise attacks on Pearl Harbor. 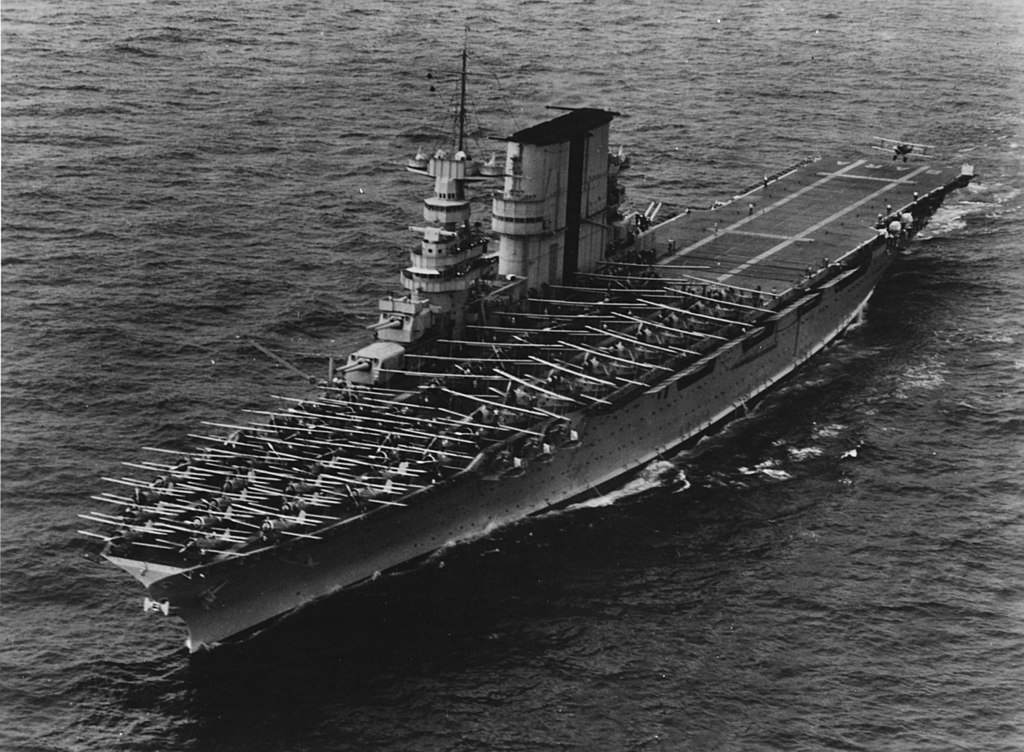 USS Saratoga (CV-3) was a Lexington-class aircraft carrier built 1920s. Originally designed as a battlecruiser, as with Lexington she was converted into an aircraft carrier during construction to comply with the Washington Naval Treaty of 1922. “Sara” entered service in 1928 and was assigned to the ,  Pacific Fleet for her entire career and along with Lexington was used to develop and refine carrier tactics in the Fleet Battle Problems. She was one of three prewar US fleet aircraft carriers, along with Enterprise and Ranger, to serve throughout World War II. 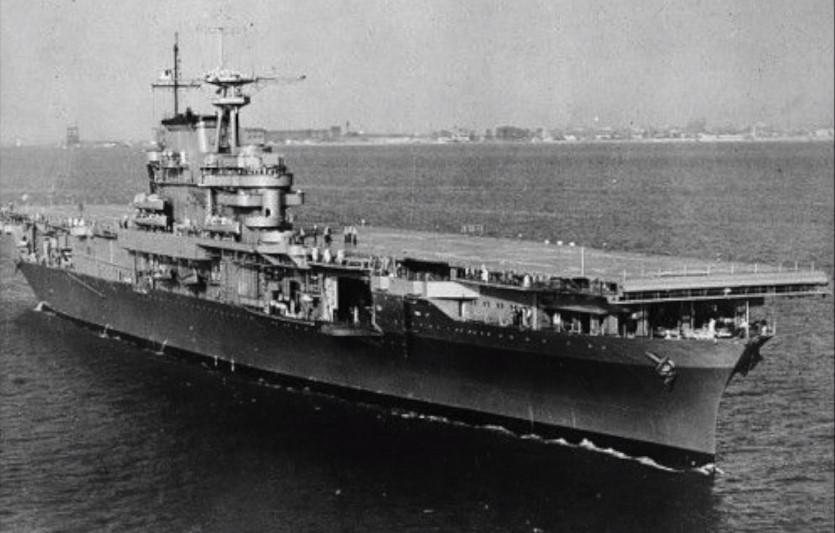 USS Yorktown (CV-5) was  commissioned in  1937 and was sunk at the Battle of Midway by Japanese submarine I-168 on 6 June 1942. Yorktown played an important part in the battle, assisting in the destruction of multiple enemy aircraft carriers, and absorbing the majority of enemy counter attacks. She was named after the Battle of Yorktown in 1781 and the lead ship of the Yorktown class which was designed after lessons learned from operations with the large converted battlecruiser Lexington class and the smaller purpose-built USS Ranger. She was sunk  during the Battle of Midway 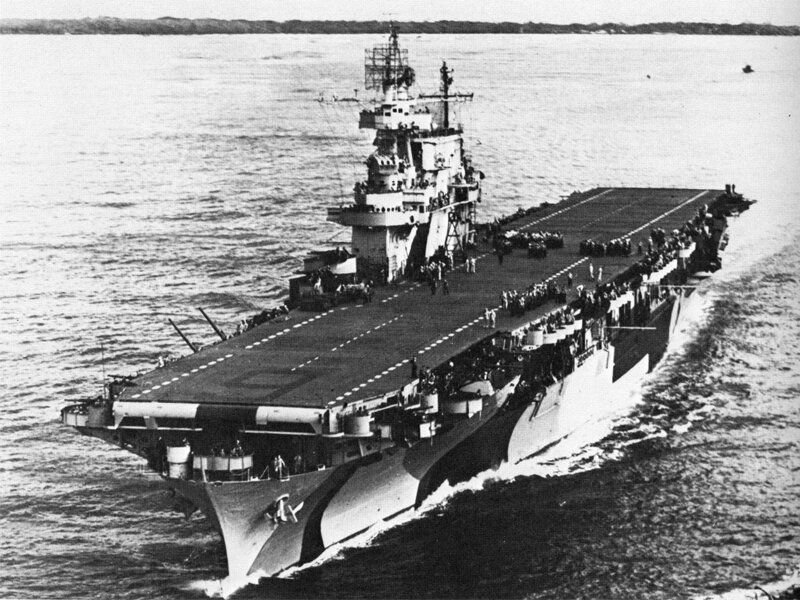 USS Enterprise (CV-6) was the seventh U.S. Navy vessel named Enterprise. Colloquially called “The Big E”, she was the sixth aircraft carrier of the United States Navy. A Yorktown-class carrier, she was launched in 1936. She was one of only three American carriers commissioned before World War II to survive the war (the others being Saratoga and Ranger).

She participated in more major actions of the war against Japan than any other United States ship.

She was the only American aircraft carrier with men at Pearl Harbor during the attack and the first to sustain casualties during the Pacific War. (18 dive bombers of VS-6 were over the harbor; 6 were shot down with a loss of 11 men)

Enterprise earned 20 battle stars, the most for any U.S. warship in World War II, and was the most decorated U.S. ship of World War II. . On three occasions during the Pacific War, the Japanese announced that she had been sunk in battle, inspiring her nickname “The Grey Ghost”. 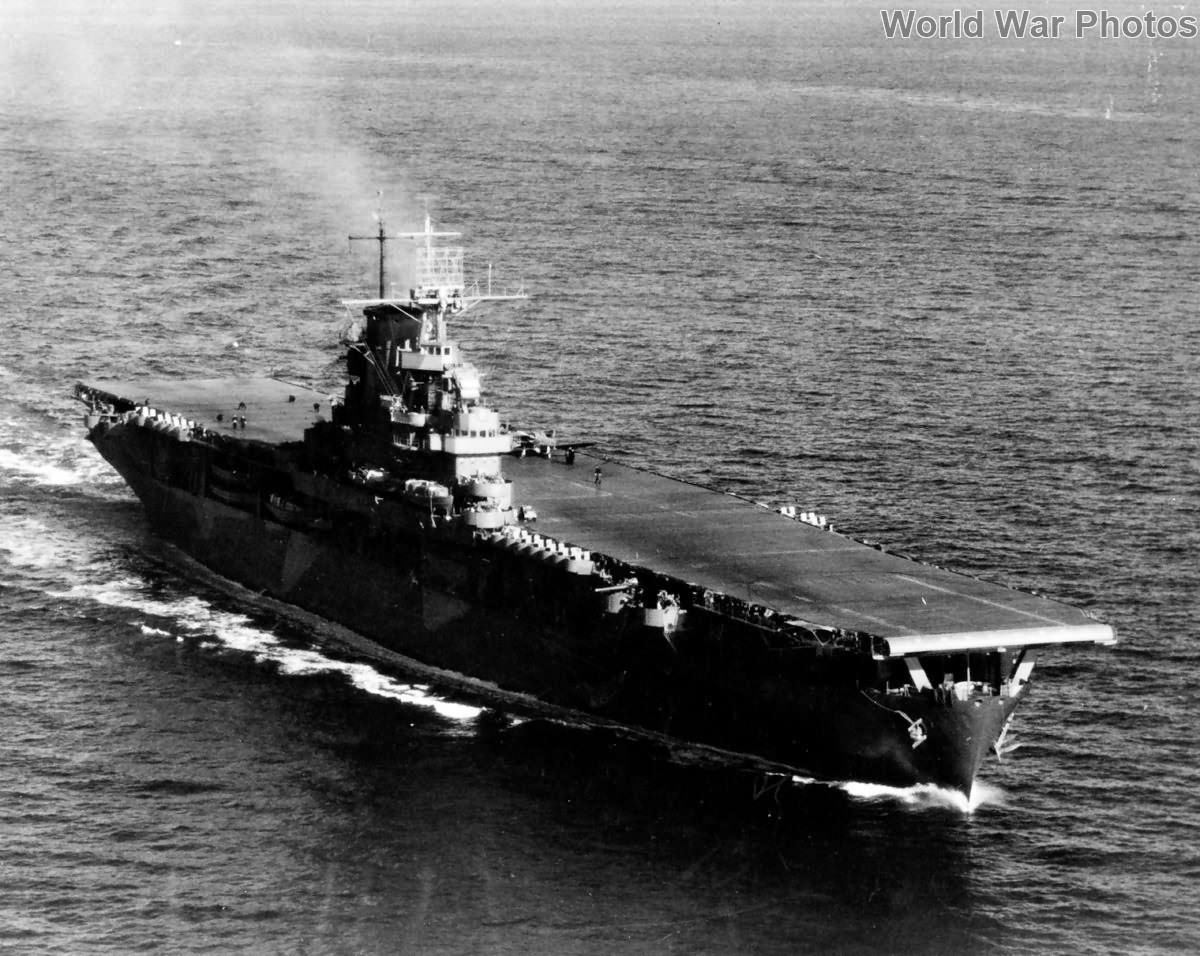 USS Wasp (CV-7) was commissioned in 1940 and lost in action in 1942. She was the eighth ship named Wasp, and the sole ship of a class built to use up the remaining tonnage allowed to the U.S. for aircraft carriers under the treaties of the time. As a reduced-size version of the Yorktown-class aircraft carrier hull, Wasp was more vulnerable than other United States aircraft carriers available at the opening of hostilities. She was initially employed in the Atlantic campaign, where Axis naval forces were perceived as less capable of inflicting decisive damage. After supporting the occupation of Iceland in 1941, she joined the British Home Fleet in April 1942 and twice ferried British fighter aircraft to Malta.

Wasp was then transferred to the Pacific in June 1942 to replace losses at the battles of Coral Sea and Midway. In supporting the invasion of Guadalcanal, her air group provided the strikes over Tulagi. She was hit by three torpedoes from Japanese submarine I-19 on 15 September 1942. The resulting damage set off several explosions, destroyed her water-mains and knocked out the ship’s power. As a result, her damage-control teams were unable to contain the ensuing fires that blazed out of control. She was abandoned and scuttled by USS Lansdowne later that evening. 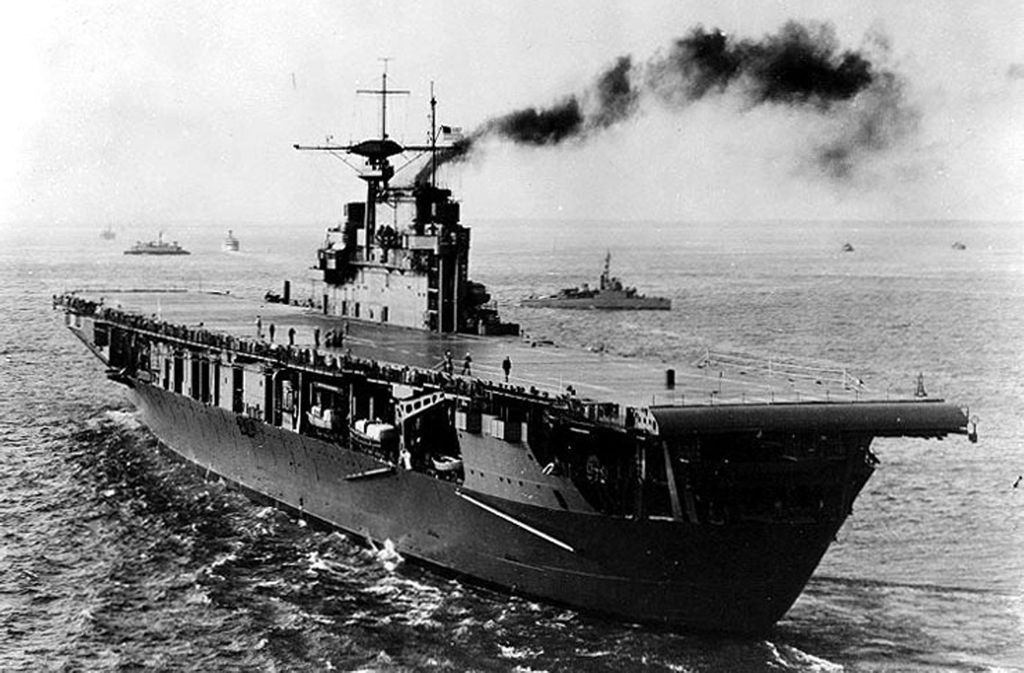 USS Hornet (CV-8), the seventh ship to carry the name Hornet, was a Yorktown-class aircraft carrier. She is renown for launching the Doolittle Raid on Tokyo and participated in the Battle of Midway and the Buin-Faisi-Tonolai Raid. She joined the Solomon Islands campaign after the invasion and  was irreparably damaged by enemy torpedo and dive bombers in the Battle of the Santa Cruz Islands. Faced with an approaching Japanese surface force, Hornet was abandoned and later torpedoed and sunk by approaching Japanese destroyers.

Hornet was in service for a year and six days and was the last US fleet carrier ever sunk by enemy fire. For these actions, she was awarded four service stars, a citation for the Doolittle Raid in 1942, and her Torpedo Squadron 8 received a Presidential Unit Citation for extraordinary heroism for the Battle of Midway.